Today I am covering the Kaiju War Chronicle Gorosaurus vs Kumonga (Click for Chronicle Story) by James Webster. This story had very surprising ending ,and I really enjoyed this story because I feel Gorosaurus is a Kaiju that never really got much attention. 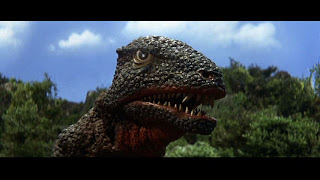 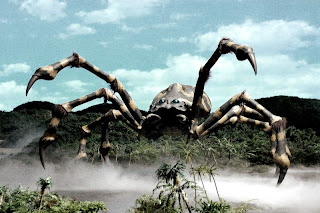 This story was great the whole time I was reading this I was like wow Kumonga is getting it real bad from Gorosaurus, and Kumonga looks pathetic but in the end Kumonga got one lucky hit in their that completely turned the fight around almost like a boxing match. The fight was a very good one with a surprising outcome and that is what made this story so good. Like I said earlier I really wish we saw more of Gorosaurus in the movies he first appeared in King Kong Escapes and in my opinion the movie where he got the most screen  shinning moments was Destroy All Monsters, I think he should of at least got a brief in Final Wars. Anyway that is all I have to say about this fight it was a shame Gorosaurus went out like that but at least he got some attention in this story. Thank you for reading and keep a look out for the next Kaiju War Chronicles review!﻿
Posted by Whats The Goods? at 4:48 PM