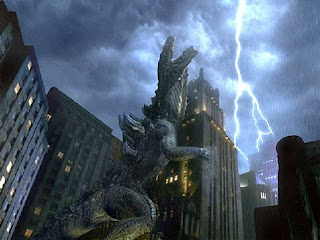 The story starts of in New York City on a nice sunny morning, when a tremor begins in the middle of Central Park. Everyone begins to panic when Zilla burst of the ground ,and begins attacking the city. Shortly after Zilla rises from the Central Park the coastguard detect something on their radar out of New York City Harbor jumps Titanosaurus. Titanosaurus then hears Zilla's roar coming from within the city, and then remembers the past events of the battle with Godzilla. Titanosaurus then becomes fueled by revenge,along humiliation from his loss to Godzilla in the previous battle and decides to fight Godzilla again, but this time Titanosaurus plans on winning. 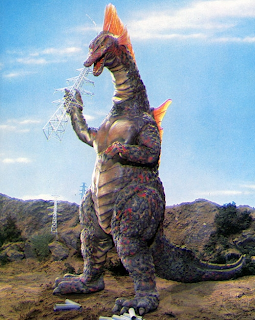 Titanosaurus enters the city searching for Godzilla but to his surprise he finds Zilla a creature that resembles Titanosaurus's previous foe but not quite. Titanosaurus decides that either way he is going to take out his anger on Zilla. The two creature begin battle. Zilla looks in pretty bad shape for most of the fight, but manages to rip a chunk of Titanosaurus's thigh out. The two battle for awhile ,and at one point it looks as though Zilla is done as Titanosaurus is choking him out but Zilla manages to escape. Titanosaurus then pursues Zilla ,and is ambushed by Zilla, when Zilla burst out from underground. Titanosaurs ,and Zilla struggle with each other for awhile but ultimately in the end Titanosaurus wins by snapping Zilla's neck ,and returning to his home in the ocean to heal.

Now this battle was interesting because when we saw Titanosaurus for the first battle with Godzilla, we saw him jump into the ocean ,and he was never heard from or seen again. With Titanosaurus appearing in New York looking for revenge to redeem himself from humiliation of his previous battle we get to see what Titanosaurus is up to. Now that Titanosaurus won this battle, Titanosaurus has given himself a little confidence booster. Will that confidence give Titanosaurus the courage to leave his home in the ocean and come to land more often for battle? I feel that Titanosaurus was another great monster that was neglected like Baragon, Varan ,and Gorosaurus, we should have seen him in more movies he sadly only made one movie appearance in The Terror of Mechagodzilla. I think that they could have squeezed Titanosaurus into Final Wars, to me Final Wars was like the modern Destroy All Monsters.

Now for the infamous Zilla's role in this story. As you all may know the original Zilla was killed in the 1998 Godzilla movie by the military, and then again in Final Wars by Godzilla. So you all may be asking yourselves why is Zilla back again if he has been killed? The answer is simple Zilla layed a ton of eggs in Godzilla 1998 ,and they can just keep saying that not all the babies were killed maybe Zilla laid more eggs somewhere else in the city like bellow Central Park. I myself have never had an issue with the 1998 Zilla movie, yeah it was not amazing but it was an alright movie, most Godzilla fans have gotten over it, the only issue I have with it is that they called it Godzilla. Zilla put up an alright fight ,but in the end  Zilla lost once again because he fights like a little girl with bowties in his hair.