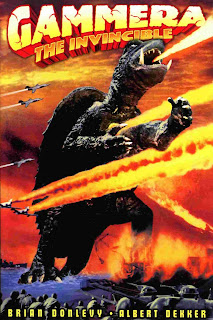 The Plot:
The movie opens in the North Pole, where a Soviet fighter jet gets shot down by the Americans for not responding to them questioning why the jet was trespassing over American Territory. The crash result in an explosion setting off the bombs that the jet had onboard. The explosion then awakens the ancient Gamera. Gamera then destroys the American jets ,that shot down the Soviet jet. The Americans are unaware of Gamera's existence, so they have no clue what has just happened to their jets. Gamera disappears into the ocean leaving no evidence as to why the Americans lost their jets. 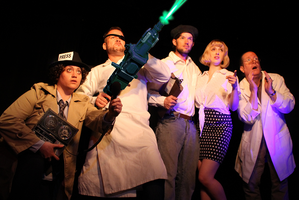 That is right Godzilla Live On Stage in San Francisco at The Dark Room Theatre. This show is a comedy that loosely follows the plot of the original Godzilla from 1954. It only cost $20 to see this show ,and if I lived in San Francisco I would totally pay that to see it. Tickets are available (Here). As a Godzilla fan I think I would really enjoy this and at $20 how can you not see this if you are a Godzilla fan in the area.
Posted by Whats The Goods? at 10:01 AM No comments:

The 2014 Godzilla Has Been Leaked! 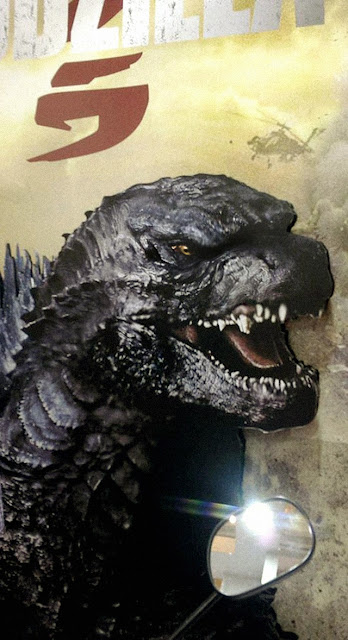 This picture has been circulating the web over the past week ,and many websites have taken down the picture ,after being requested to remove it.  This picture was taken at a Merchandising Expo in Brazil. I am overall pretty satisfied with this being the new model of Godzilla. This model to me seems like a combination of the Heisei Godzilla mixed with Zilla. I really cannot wait to see this movie, even a trailer would make me very happy.
Read more »
Posted by Whats The Goods? at 9:43 AM No comments: