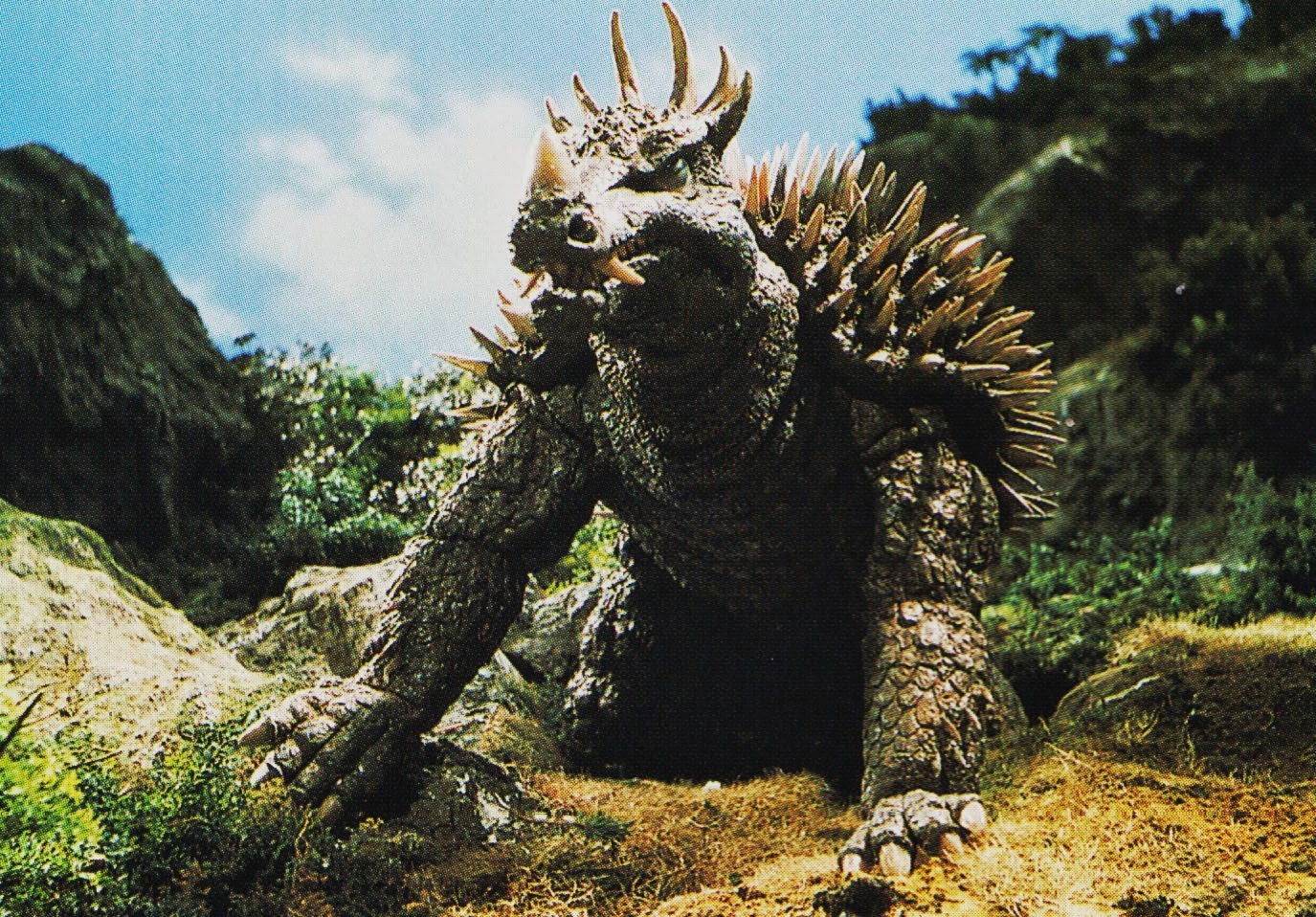 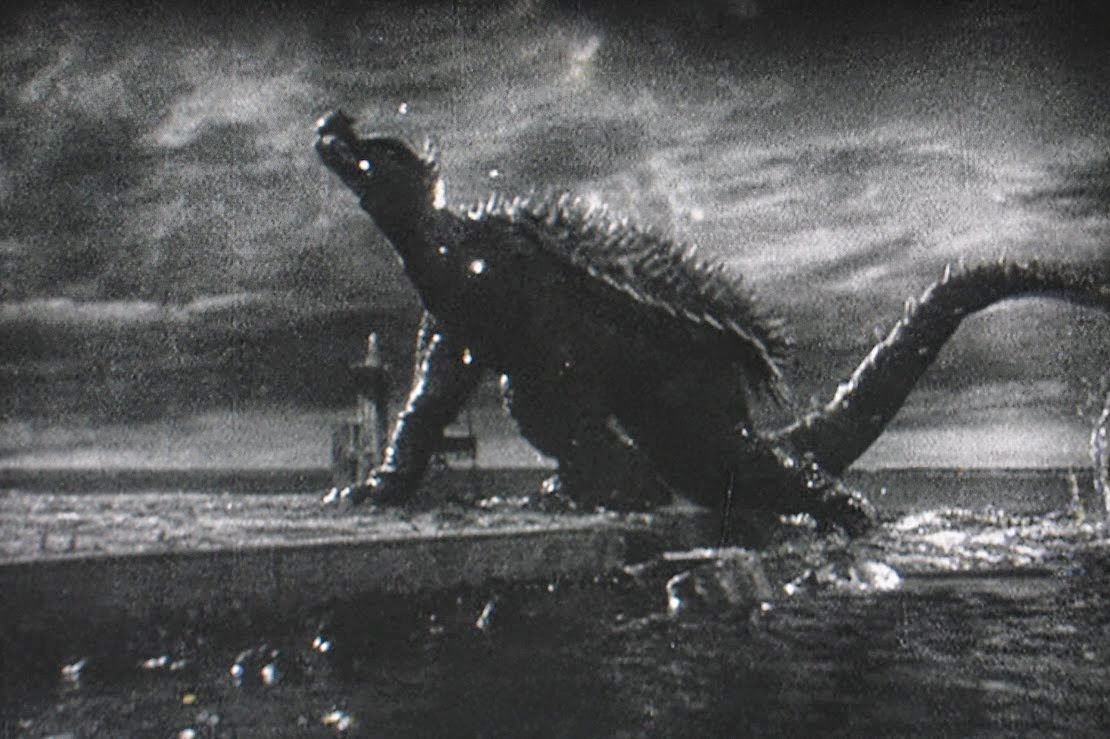 Anguirus is a burrowing creature that resembles an Ankylosaurus but with a longer crocodile like snout that has a sharp spiky horn on the end. Anguirus's most noticeable feature is it's shell like back that is covered with sharp spikes. Anguirus also has a long tail which is also lined with sharp spikes. Anguirus walks on all four legs and sometimes rolls itself into a ball like an armadillo and rolls around like an unstoppable boulder covered in spikes. Anguirus is also know for its ability to burrow underground if it needs to escape, and it is also known to jump up high then hurling itself backwards towards it's enemies to make sure they are struck with the wall of spikes on it's back. 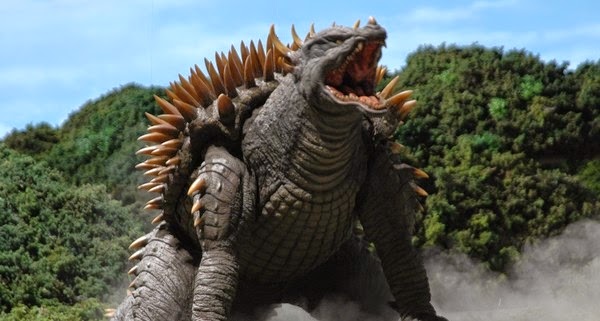 My Thoughts:
Anguirus always has been one of my favorite ally Kaijus in the Godzilla series next to Rodan. Anguirus sadly never made an appearance in the Heisei series, but he did make a re-appearance in the Millennium series for Godzilla's 50th anniversary in Final Wars. Anguirus was not an ally in Final Wars, he teamed up with a bunch of other Kaiju against Godzilla and ended up crashing into a mountain during the fight and retreating underground. Anguirus is a Kaiju that I can see getting a make over and appearing in a future Legendary film but from the little Easter egg they showed in 2014 it looks like the next Toho monster we will seeing is most likely Mothra. I really hope Anguirus gets to make a comeback in a future series and hope you all check out the movies he has appeared in.
Posted by Whats The Goods? at 2:16 PM