Baragon is a monster that like Anguirus walks on all fours. Baragon does not really resemble any particular type of animal, or dinosaur, Baragon is its own unique dinosaur like creature. Baragon has big floppy looking ears and a bumpy back. Baragon is easily recognized by the giant horn protruding out of his head. Baragon has the ability to fire a volcanic fire breath similar to Godzilla's radioactive breath. Baragon also has great burrowing and jumping abilities very much like Anguirus. Baragon first appeared in Frankenstein Conquers the World and later in Destroy All Monsters. Baragon did not make any Heisei era appearances but he did re-appear in the very popular millennium series movie Godzilla, Mothra, King Ghidorah: Giant Monsters All-Out Attack. Baragon had a nice roll in Godzilla, Mothra, King Ghidorah: Giant Monsters All-Out Attack but was killed in a battle against Godzilla. There was a brief Baragon sighting in Final Wars also but nothing special. 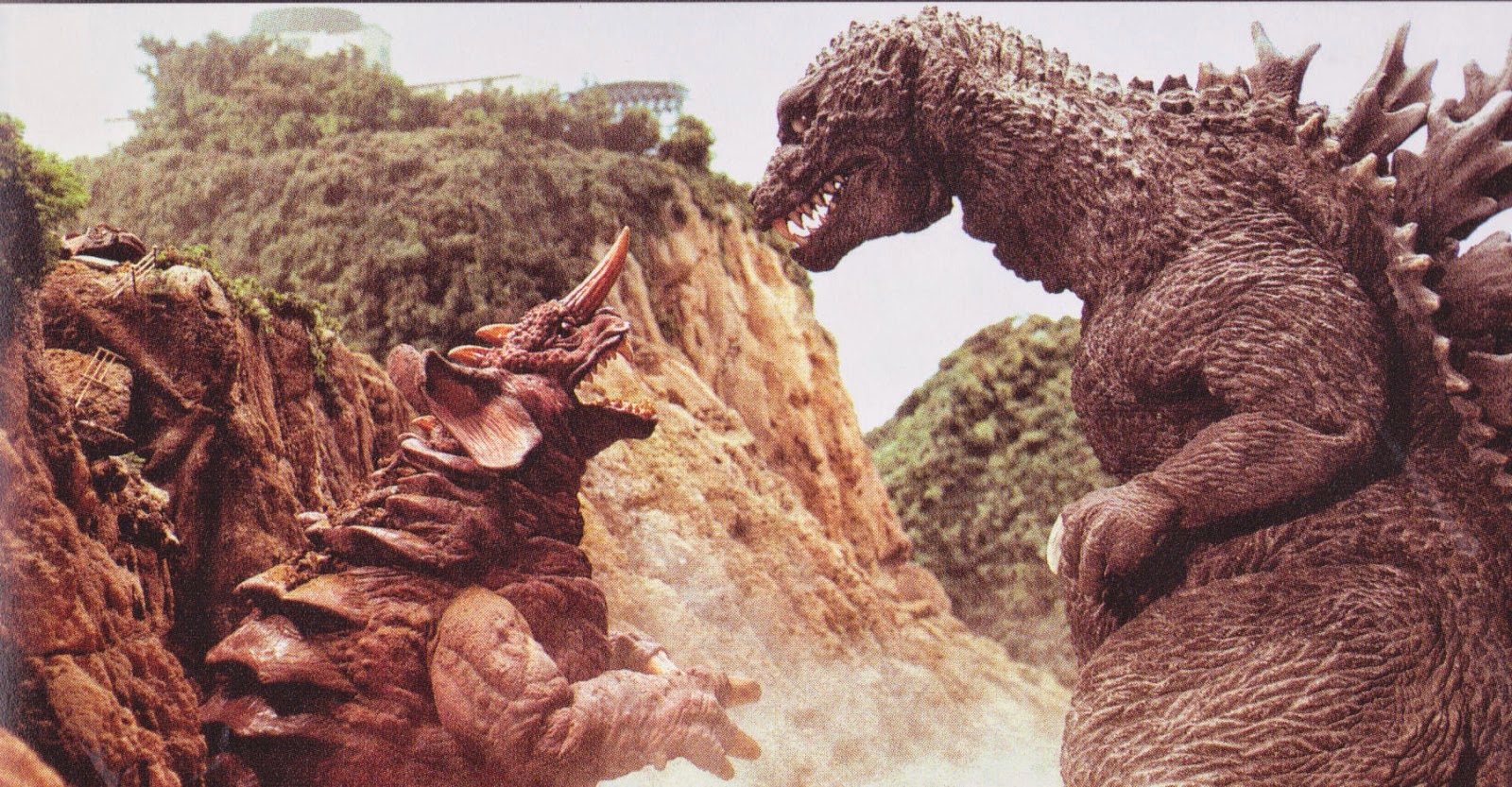 Like I have said before the native monsters of Monster Island have always interested me. Baragon is a monster that has received a lot less screen time then he deserves. I only just saw Frankenstein Conquers the World last year for the first time and I loved it. I really think that is possibly one of the most underrated monster movies of all time for two reasons, one because it gave us Baragon, and two it was pretty much the back story that lead to the very popular War of the Gargantuas. Baragon the horned volcanic fire breathing monster that can burrow under ground and leap to great heights, how can you not like him?
Posted by Whats The Goods? at 6:28 PM