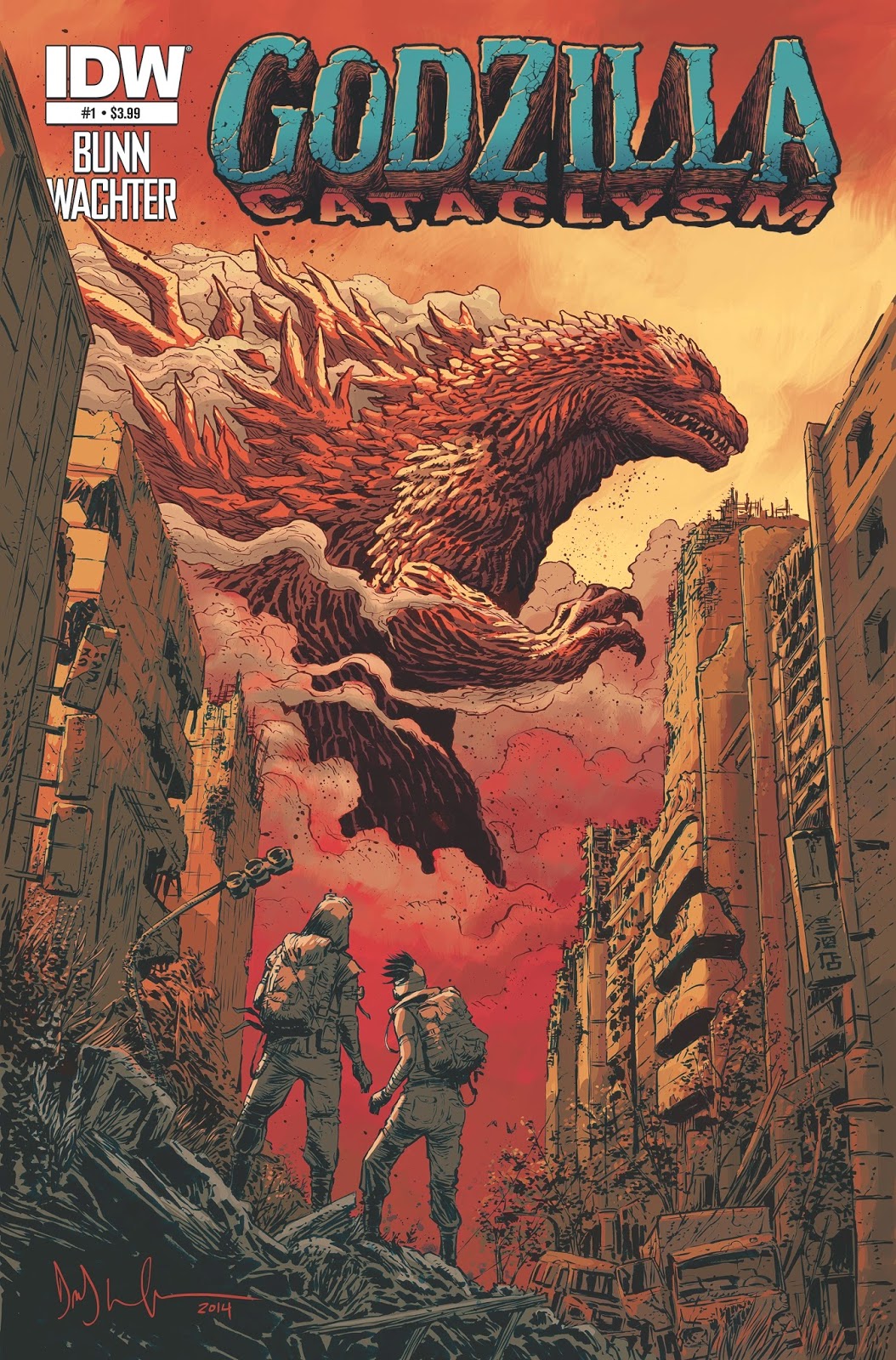 IDW's Godzilla Rulers of Earth will be getting a sixteenth issue in September and the Godzilla Cataclysm mini-series kicks of with its first issue in August. Which means we will be getting four Godzilla comic books across August and September. My favorite thing to find in my mail over the last 12 months has been my monthly Godzilla Rulers of Earth issue. Rulers of Earth has been one of those series that you have to wait for every month and hope that the last issue they announced was not the last. Rulers of Earth is so far my favorite Godzilla comic series, I love the art work from Matt Frank ,and I think the story would make for a great series of movies if Toho ever decided to do their own run at a Godzilla film series again (which I hope they do). Now with the five part Godzilla Cataclysm series being announced and the big success of Legendary's 2014 movie I feel that Rulers of Earth will continue on for awhile. IDW has done a great job with all of it's Godzilla comic series and I highly recommend checking out these comics if you are a Godzilla fan. So go down to your local comic book shop and request these comics or go to my favorite comic book site tfaw.com  to pre-order.

Source: IDW Publishing
Posted by Whats The Goods? at 9:15 AM