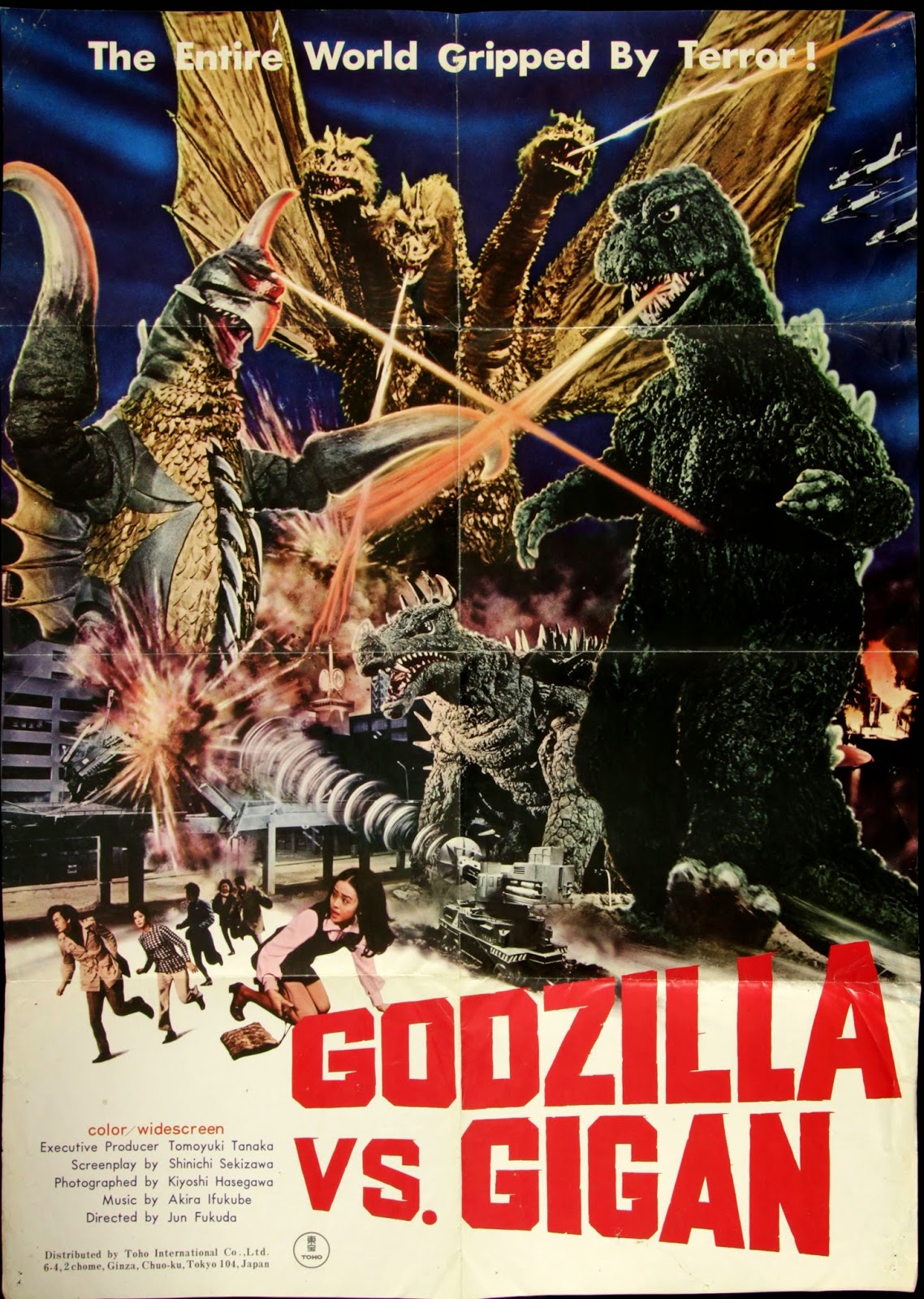 The Plot:
In this film man sized alien cockroaches disguised as humans attempt to take over the earth. The aliens are building a theme park with a giant Godzilla tower that holds a monster museum in it as the main attraction. The aliens plan on destroying monster island, where Godzilla and all of earths monsters are housed. The aliens from the planet Nebula Space Hunter M claim it will bring peace to the world. 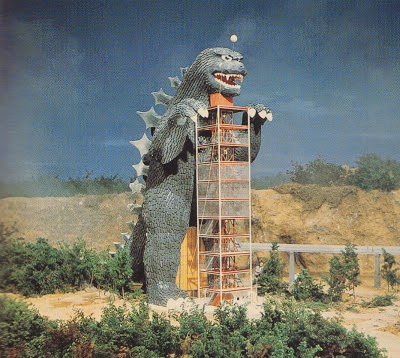 A comic book artist named Gengo gets hired at the theme park to help draw up some monster designs for the exhibit, but soon stumbles upon a tape. Gengo plays the tape which Godzilla and Anguirus then hear. Godzilla realizes something is wrong and send Anguirus to Japan to see what is going on. We then learn that tape Gengo discovered is actually one of two tapes that the aliens plan on using to control the monsters Gigan and King Ghidorah. When Anguirus finally makes it to Japan he gets chased away by the Japanese Military and retreats to Monster Island. 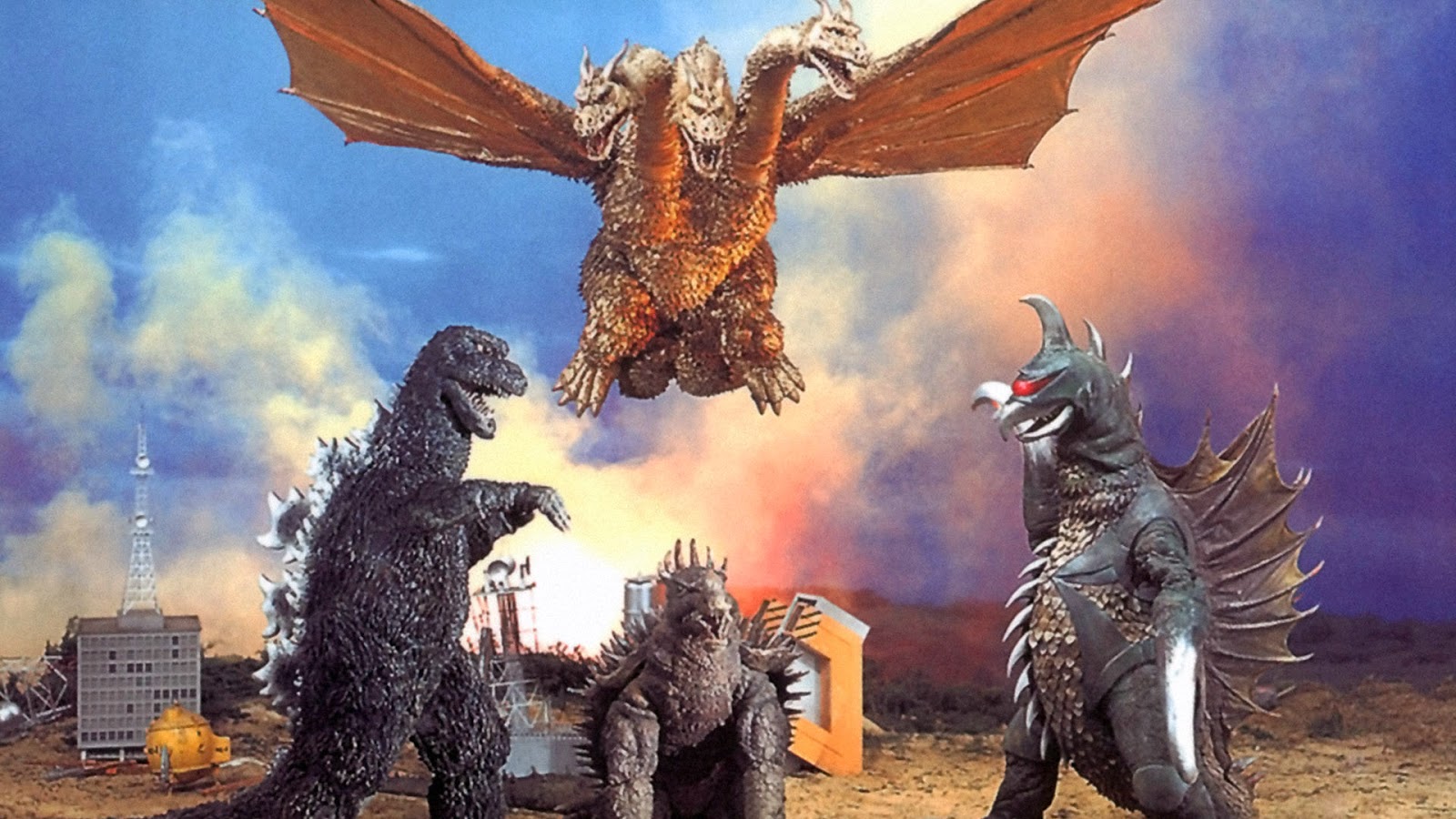 This movie delivers some of the nicest shots in the Showa series. My favorite scene in the movie is Gigan's very long assault scene, this scene is incredible we see lots of fire and some of the best shots from the Showa series. The great thing about this movie is that it has some of the most monster action out of the entire Showa series, the last 35 minutes pretty much focuses on the monsters. This is one of my favorite movies because we get to see an awesome tag team match of Godzilla/Anguirus vs Gigan/Ghidorah. Anguirus was always one of my favorite ally Kaijus of Godzilla along with Rodan. One weird thing that happens in this movie is that several times we can actually hear Godzilla and Anguirus talking to each other, this has never been done in any other movie and I am kind of glad it hasn't because it is really awkward when it happens.This movie is now on Blu-ray and pretty easy to find thanks to the Kraken release from last month. Up until last months release Godzilla vs Gigan was a hard to find DVD and it was very expensive online if you could find. So if you don't have this one in your collection yet pick it up.