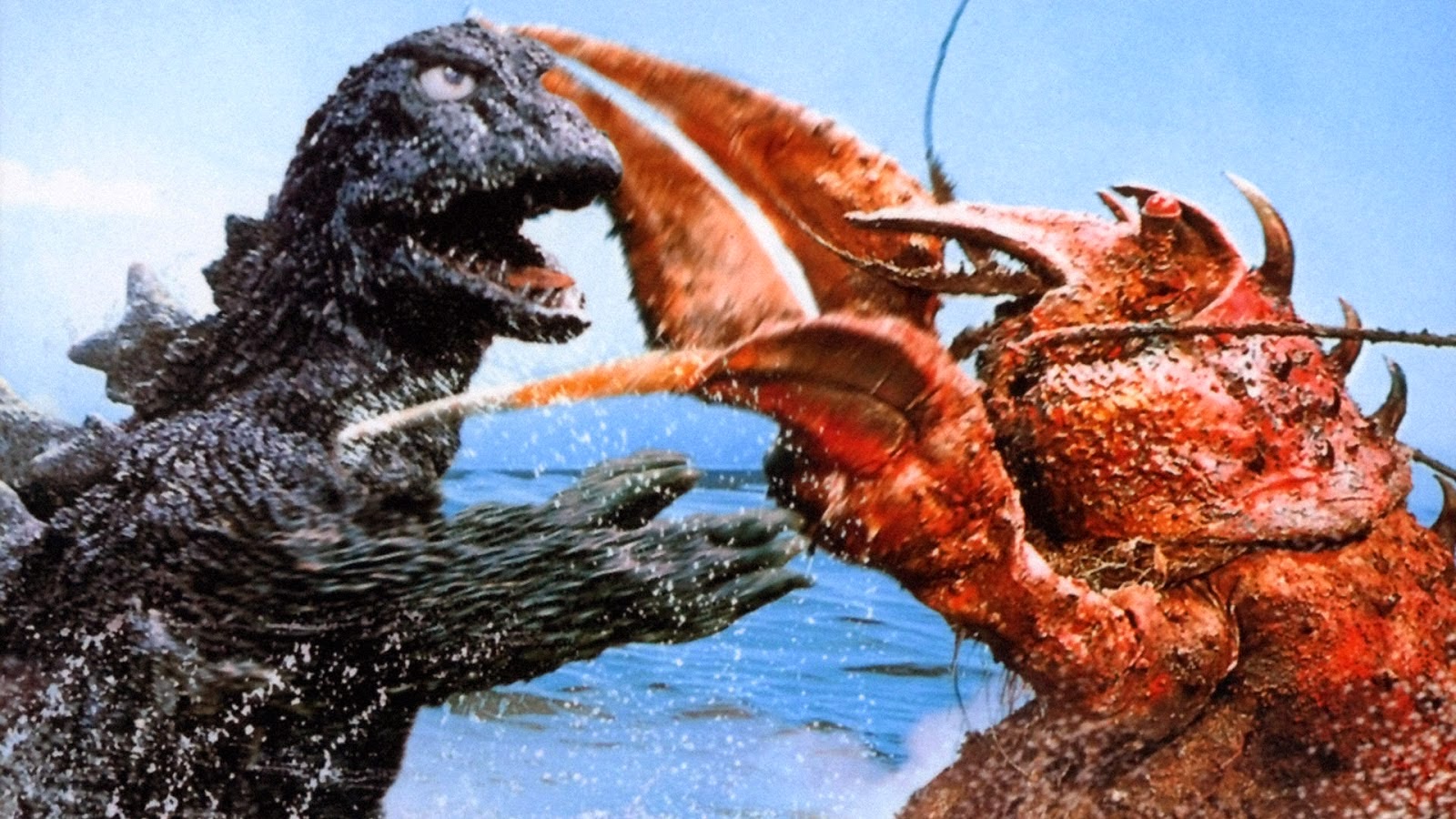 Ebirah is a giant lobster like kaiju. Ebirah has no special abilities besides being able to breath underwater, and his ability to crush/cut with his powerful claws. Ebirah's left claw is noticeably thinner and longer than the right, almost needle like. Ebirah uses it's claws to destroy boats, submarines and anything else that crosses it's path. Ebirah first appeared in Ebirah, Horror of the Deep where he patrols the waters of an island making sure no one escapes. The island was taken over by a terrorist organization known as the Red Bamboo. The Red Bamboo enslaved natives of a near by island to make a yellow juice they used as a repellent against Ebirah. Ebirah battles Godzilla in Ebirah,Horror of the Deep and is beaten badly. The footage from the battle between Ebirah and Godzilla was reused in Godzilla's Revenge.

Ebirah did not appear in the Heisei series but did reappear in the Millennium series for Godzilla's 50th anniversary in Godzilla Final Wars. In Final Wars Ebirah fights the mutant soldiers and is almost defeated but the Xilien teleport Ebirah out of the battle just in time. Later on in Final Wars Ebirah teams up with Hedorah to fight Godzilla, but the two are quickly dealt with by Godzilla's Atomic Breath. 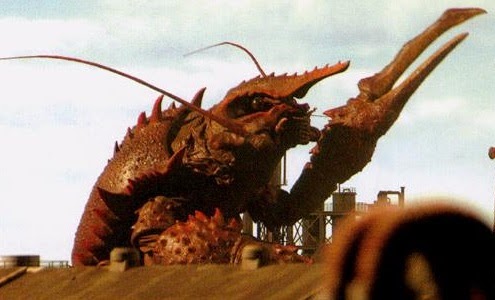 Ebirah is a pretty basic kaiju but I do enjoy Ebirah a lot more than the Giant Octopus Oodako. Ebirah was portrayed very well as a pretty horrific creature in Ebirah, Horror of the Deep and that in my opinion puts him way ahead of Oodako. Even though he was not originally from Monster Island he did end up there in Godzilla's Revenge ,and you all know I have a soft spot for the Monsters of Monster Island, so Ebirah you are cool in my book.
Posted by Whats The Goods? at 2:15 PM