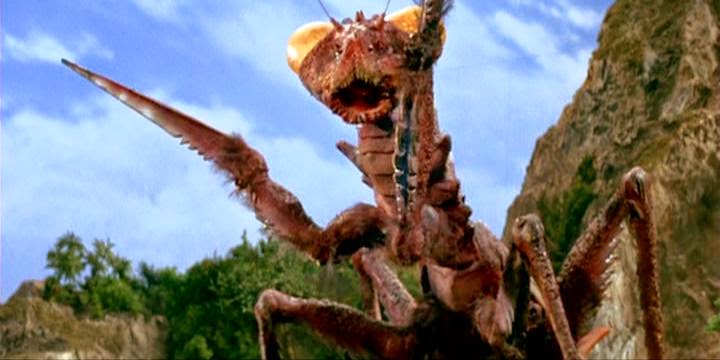 Kamacuras has always been a very weak kaiju that has lost time after time against Godzilla. Kamacuras has never been able to hold his own in a fight against Godzilla even when there are multiple Kamacuras fighting Godzilla they are quickly dealt with very quickly. Kamacuras are not strong kaiju but definitely fit in well with the Monster Island kaiju and the Godzilla world.
Posted by Whats The Goods? at 7:43 PM