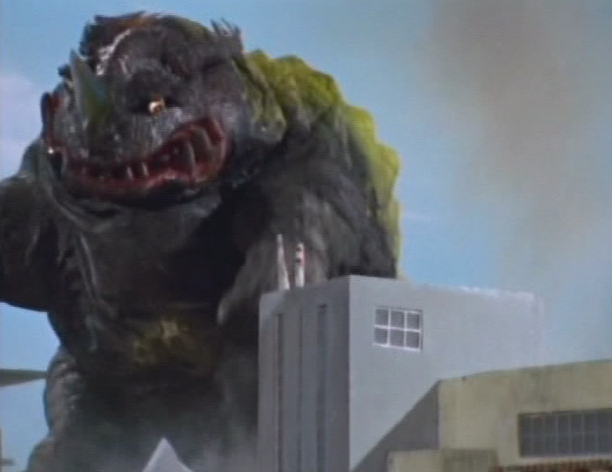 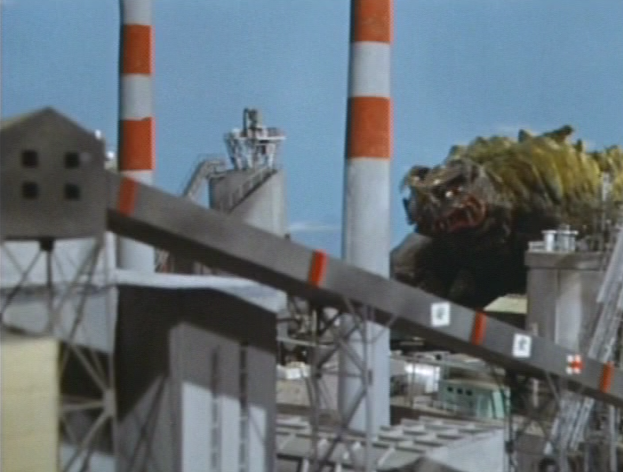 Neronga is an ancient kaiju from earth that was thrown down a well in ancient times, but when a power plant was built near the well Neronga was awoken and feed of the electricity becoming stronger and much more larger. Neronga is a kaiju that tends to walk on all fours most of the time ,but can also walk on his hind legs if it wants. Neronga's most notable feature is the large horn on it's head. Neronga also has two other horns on the back of its head that resemble the antenna of insects these two horns point back most of the time but when Neronga wants to fire his electric bolts he is able to point the two horns forward and touch them to his main horn allowing him to fire a concentrated beam of electric. Neronga has bumps down its back and strange spine like features towards his tail. Neronga also has flaps under his front arms. Another physical feature that is very notable on Neronga is that his rear teeth are large than the rest and stick out the sides of his mouth. Neronga's key abilities are his electric bolts, and the power to turn invisible. Neronga also has the ability to use his tail in battle. Neronga first appeared in the Ultraman episode Charge Forth, Science Patrol where he was defeated by Ultraman. 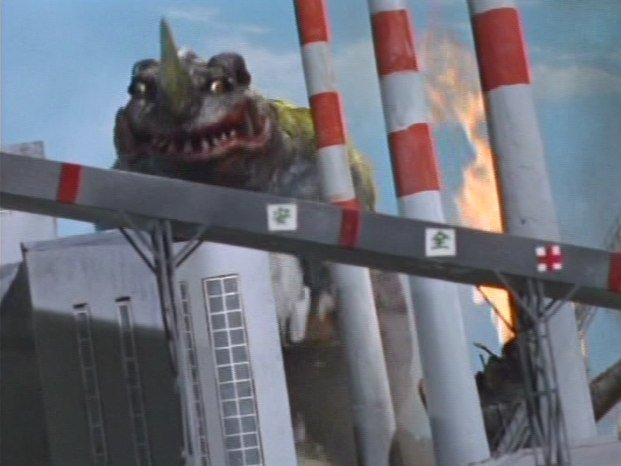 Neronga is a pretty cool kaiju he looks like Baragon's ugly cousin. Neronga was created by repurposing a Baragon costume and modifying the colors,head, and adding the spine like things on to the tail and his front legs. Neronga is a cool kaiju design, and has a lot of cool abilities it would be interesting to see Neronga and Baragon face off against each other.
Posted by Whats The Goods? at 11:27 AM