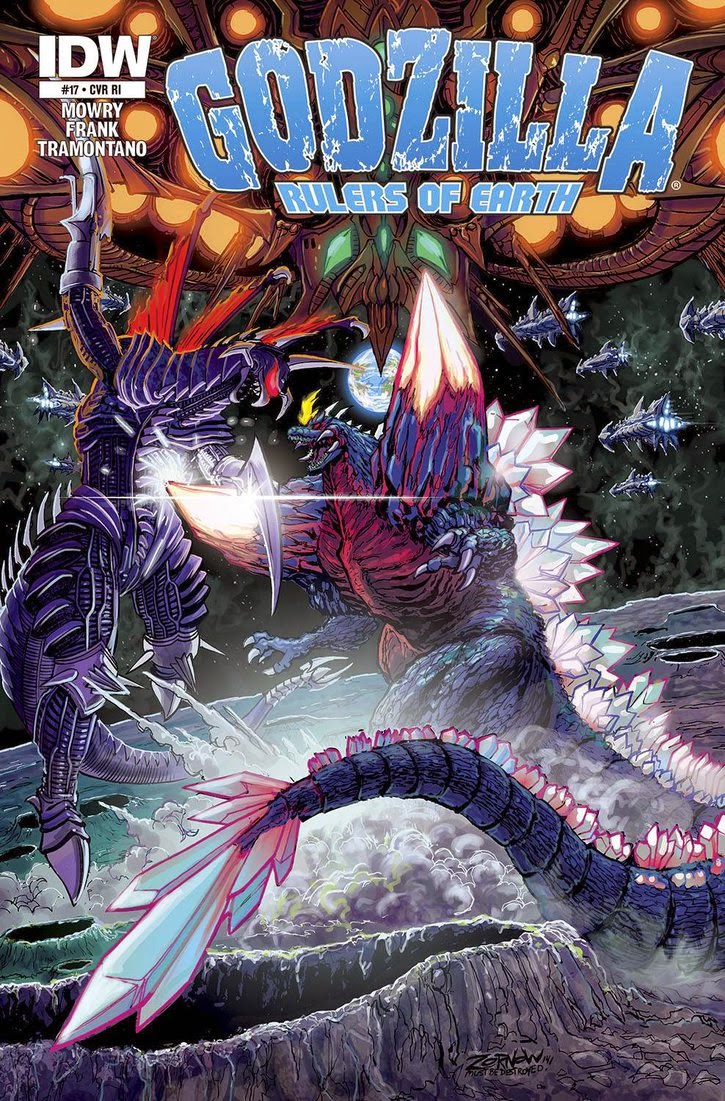 This issue of Rulers of Earth starts off with Godzilla ,and Anguirus heading out to sea going there separate ways after their battle with the MechaGodzilla's and Mecha-King Ghidorah . Lucy from the kaiju team then finds the two twins that were working with the cryogs knocked on the ground. Lucy then has a vision of Godzilla and a bunch of other kaiju after touching the two. I believe that these twins are the same twins that were Battra's versions of the shobijin from the earlier Godzilla comic series. 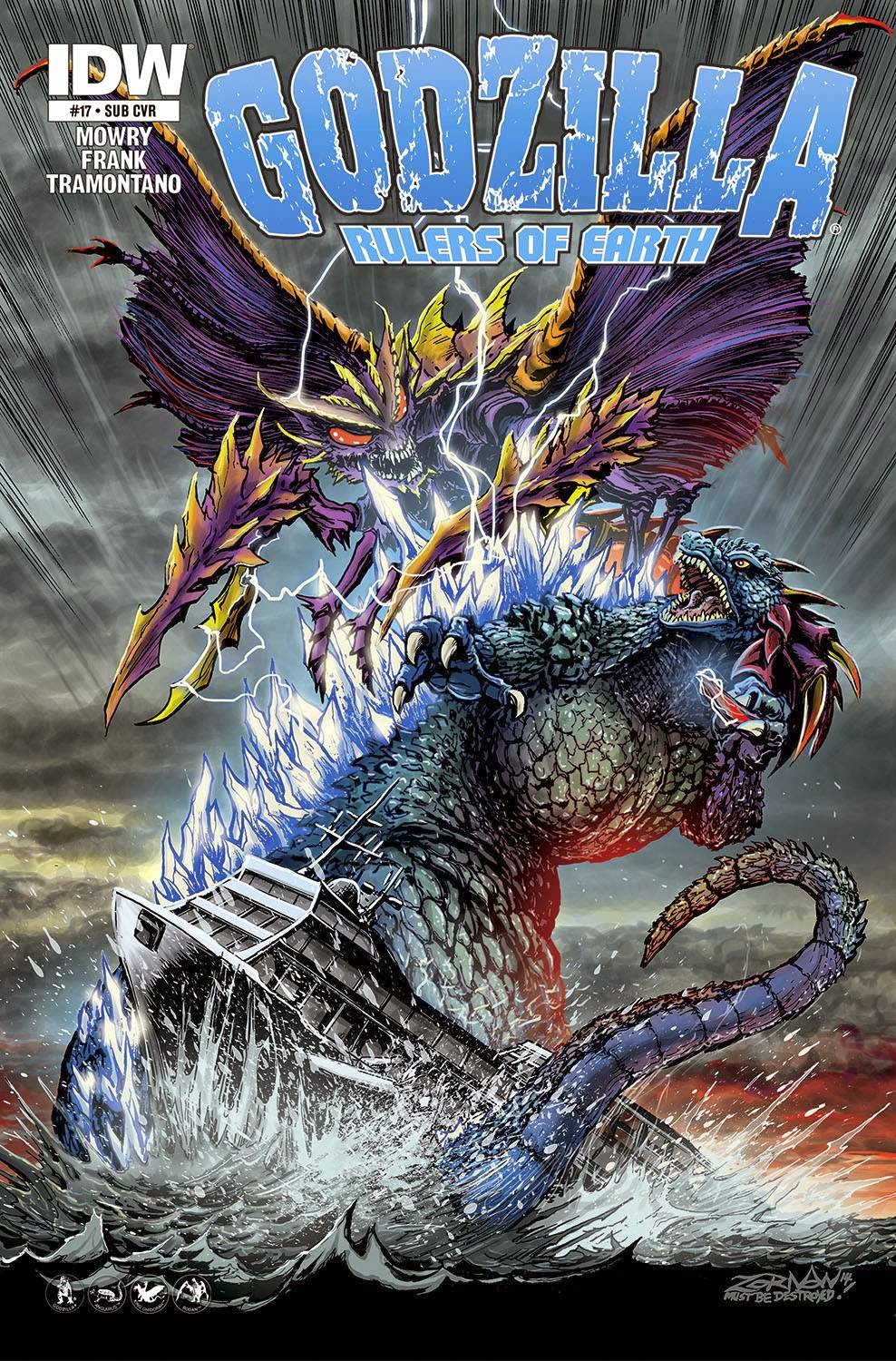 We then cut to the cryog's ship in earth's orbit where a strange object has been picked up on their radar. The cryogs soon learn that it is Space Godzilla the leader commands the Mechagodzillas to attack, but the Mechagodzillas were not built for space temperatures so they are now frozen  in the ships holding bay. So instead the cryogs release Gigan. Gigan looks like he might be trouble for SpaceGodzilla but we soon learn he is not. Gigan ends up getting one of it's claws broken off while trying to attack SpaceGodzilla.

Back on earth Godzilla is fighting Ebirah in the Atlantic, and Two of SpaceGodzilla's crystals crash into the ocean near them. On land Lucy is inspecting strange eggs that begin to crack and a claw rises out. Lucy then has another vision of the twins saying "So it begins again..." and the comic ends.

This series really has been my favorite Godzilla comic series yet. They have done an awesome job and Matt Frank never fails to impress with his artwork. Check this great series out if you haven't yet, and keep supporting it if you have been reading it because this series depends on it's fans to continue.
Posted by Whats The Goods? at 1:50 PM