Godzilla vs The Human Bugs

Here is a video by Rooster Teeth. These guys are funny as hell they are known for their popular Red vs Blue series based off the Halo video game. This is a pretty funny take on Godzilla hope you guys enjoy it as much as I did. I have been pretty bust lately so I have not got a chance to get any movies in. I only have had time to watch an episode of Ultraman here and there. Hopefully I can start getting a little more time soon. This is the time of year where it get really busy for me at work. I will do my best to bring you guys more Godzilla and Kaiju awesomeness. Thanks for reading!

Source: Rooster Teeth
Posted by Whats The Goods? at 4:17 AM No comments: 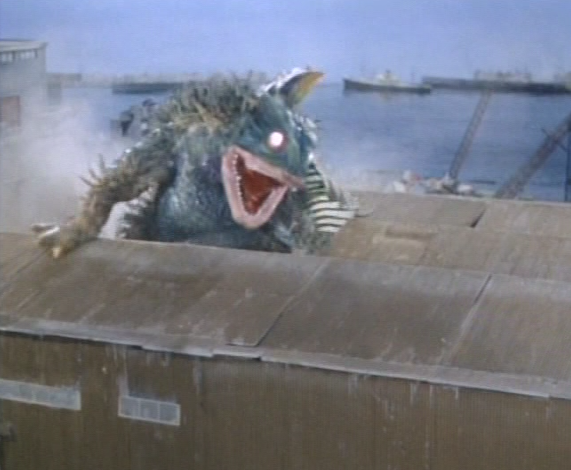 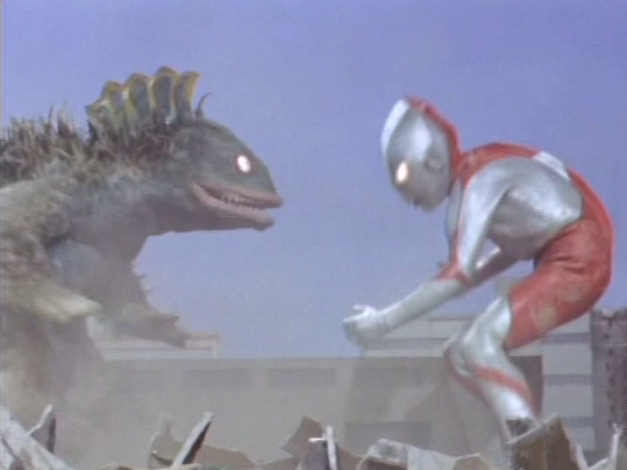 The episode starts off with reports of a creature being sighted around Tokyo Bay. Hoshino is down at Tokyo Bay with his friends watching a cocoa bean shipment come in. Hoshino's friend soon spots a monster in the bay but Hoshino is too distracted by a man he thinks looks strangely familiar. Hoshino thinks his friend is just joking but his friend insist on calling the science patrol for help. So Hoshino and his friends go to a payphone to call the science patrol and then spot a wanted poster in the phone booth. The poster is of the man Hoshino saw earlier he is a smuggler named Diamond Kick. Hoshino calls the science patrol and lets them know about the kaiju and Diamond Kick but the patrol laughs it off as a joke and hangs up. Soon the monster rises again in the Harbor and we learn the monster's name is Gesura. The science patrol is now aware that Hoshino was not lying and jumps into action they arrive on seen. To find that Hoshino has been kidnapped by Diamond Kick. Gesura rises out of the ocean again and begins attacking with the Gesura attack going on Hoshino manages to escape from the distracted Diamond Kick. Hyata runs into the warehouse where Hoshino is to capture Diamond Kick but the building falls on Hyata. Hyata then becomes Ultraman. Ultraman then goes to hit Gesura but is hurt by the spike on Gesura's back. The two wrestle for awhile then end up back in the ocean fighting. It does not look good for Ultraman as Gesura is holding Ultraman's head on the water. Ultraman manages to get out of Gesura's hold then rips the dorsal fin of Gesura's back. Gesura then sinks into the ocean and the day is saved as Hyata shows up with Diamond Kick in custody. 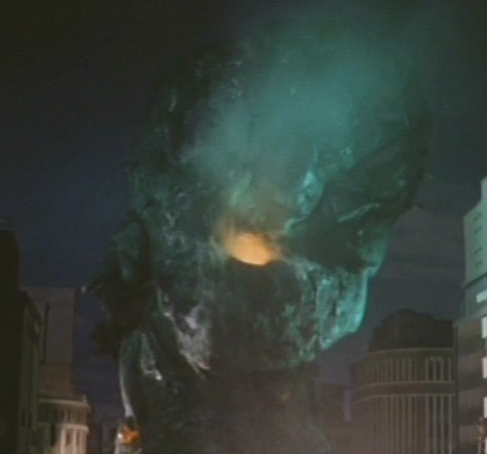 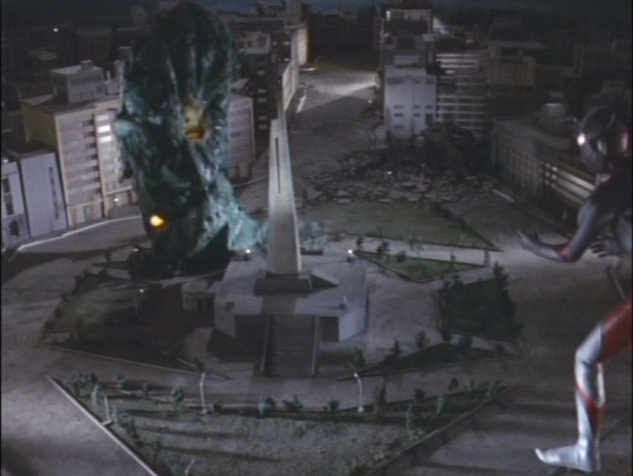 This episode starts off with a car crash. We then see strange green goo near the crash. The driver gets out of the car then a strange Green Sac looking creature pops up out of no where and attacks the driver. The episode then cuts to a scientist in is laboratory looking through a microscope, then the strange green creature crawls under his door and attacks the scientist. The science patrol receives word of the two murders and sets out to investigate. Hyata and the Captain go to investigate the crash while the two others go to investigate the lab. At the crash Hyata discovered the green substance and back at the lab we learn that the scientist was studying a rare plant from Miroganda a radioactive island. We soon learn that a woman that went with the scientist to Miroganda was attacked on the island by a large insectivorous plant. We soon figure out that the insectivorous plant and the creature that killed the driver and the scientist are one and the same. The science patrol soon encounters the insectivorous creature known as Greenmons. The science patrol shoots Greenmons with their beam guns and he falls in the ocean. Greenmons soon rises again but he is now gigantic because he has absorbed all the energy that was fired at him from the science patrol's beam guns. Greenmons begins destroying the city so Hyata quickly jumps into action to become Ultraman. Greenmons sprays Ultraman down with his toxic gas and Ultraman falls. Ultraman with little energy gets up and fires his ray at Greenmons setting the plant on fire the plant becomes quickly engulfed in the fire and burns to ash. Ultraman flies away after saving the day again.