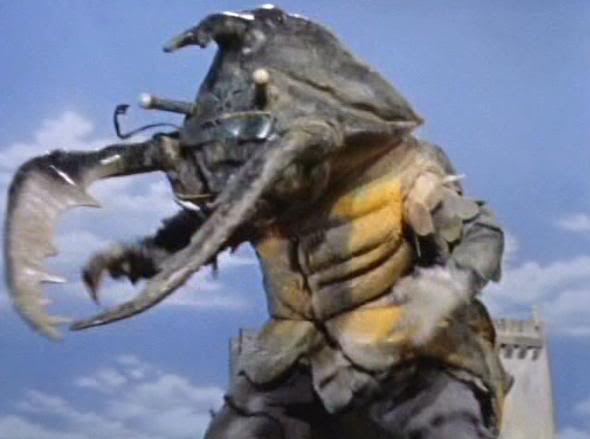 
Antlar resembles a scarab beetle with it's two horns. Antlar has the ability to burrow underground. Antlar can also fire an electromagnetic beam, that it uses to disarm guns and pull down airplanes from the sky. Antlar's thick hard exoskeleton provides a very heavy armor making him invincible to any man made weapon. Antlar fought Ultraman and put up quite the fight. Ultraman did manage  to rip off one of Antlar's horns. Ultraman almost ran out of energy and lost, until the princess of Baraj gave the science patrol the sacred blue stone. The science patrol threw the stone in a desperate attempt to save Ultraman. The mysterious stone exploded and killed Antlar.
Posted by Whats The Goods? at 1:18 PM