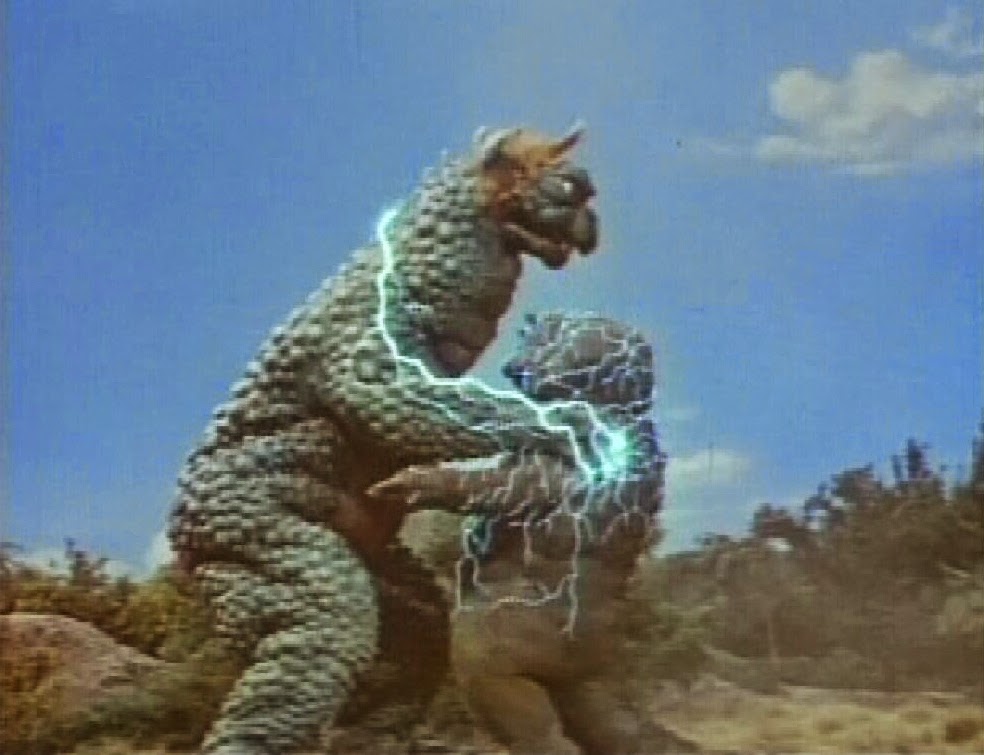 Gabara is a monster that patrols Monster Island looking for his next opportunity to bully Minilla. Gabara has a humanoid shape to its body. Gabara has a scaly body that is covered in bulbous like scales. Gabara's face almost resembles a cat but has a horn coming out of his head. Gabara's only power is his ability to channel electric through his body, allowing him to electrocute anything he touches.

Gabara only appeared in Godzilla's Revenge where all the monster scenes where part of Ichiro's dreams. Ichiro was bullied by a boy named Gabara and the monster Gabara was the Kaiju embodiment of a bully for Ichiro. In Godzilla's Revenge Gabara often bullied and tortured Minilla until Ichiro taught Minilla to stand up and fight his bully. Minilla defeated Gabara in a fight. Gabara out of anger began attacking Godzilla, but the results did not turn out well for Gabara as Godzilla quickly dealt with him. Gabara never appeared in another movie which makes many believe that Gabara was only an imaginary monster from Ichiro's dreams that never really inhabited Monster Island.
Posted by Whats The Goods? at 9:51 AM