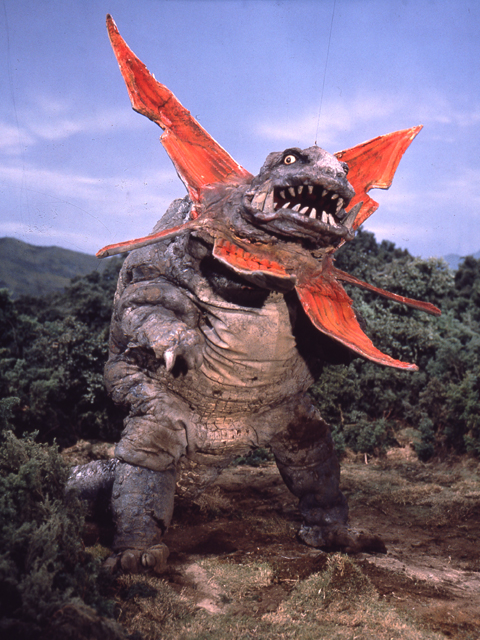 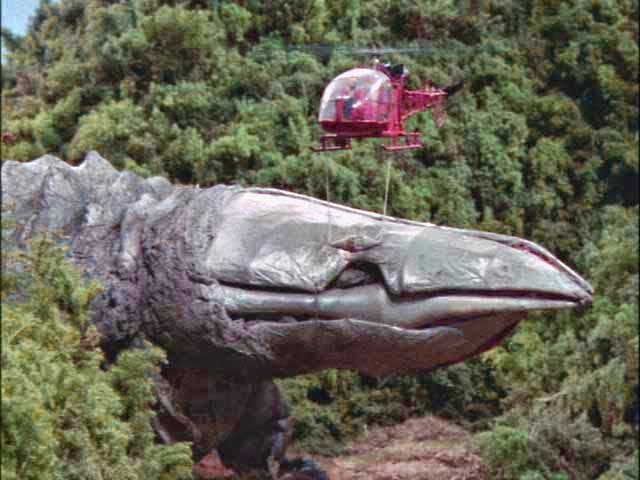 Gabora is a monster that has armor plates which cover it's face. Gabora walks on all fours most of the time but does have the ability to stand on it's hind legs if necessary. Gabora opens it's armor plates only to feed. Gabora has the ability to burrow underground and create landslides. Gabora likes to feed on uranium which is how Gabora gained it's ability to fire radioactive beams from it's mouth. Gabora fought Ultraman but was pretty easily defeated. Ultraman ripped of several of Gabora's armor plates in the fight which resulted in Gabora bleeding out and tiring during the battle, eventually allowing Ultraman to deliver a fatal hit.
Posted by Whats The Goods? at 6:53 PM