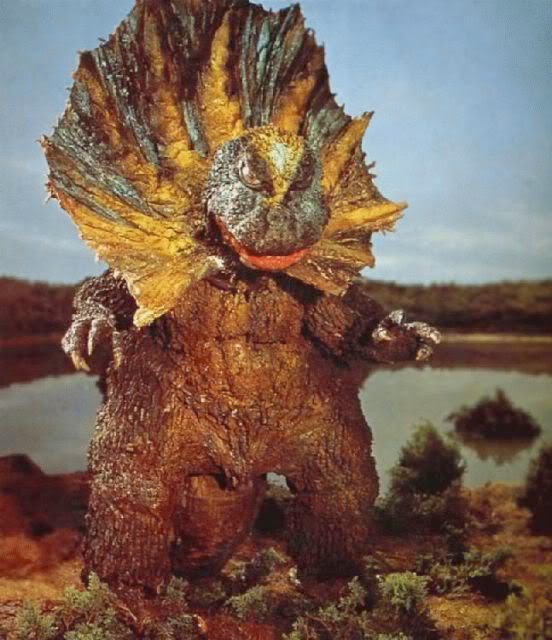 Jirass looks exactly like Godzilla with a Frill around it's neck, similar to a frilled lizard. Jirass has some neon greenish colors on its body but ultimately Jirass is Godzilla's weird looking twin. Jirass was created by a mad scientist that was obsessed with monsters. Jirass fires electrical blast from its mouth and has the ability to stay underwater for very long periods of time. Jirass was defeated by Ultraman pretty easily. Ultraman spent most of the fight taunting Jirass then ripped off Jirass's frill and used it like a matador would use his cape to taunt a bull. After dodging Jirass's charges several times Ultraman delivered a fatal strike to Jirass's gut. It was a shame that this Godzillla doppelganger could not last in a fight as well as Godzilla would have.
Posted by Whats The Goods? at 12:02 PM