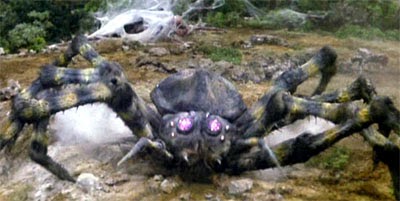 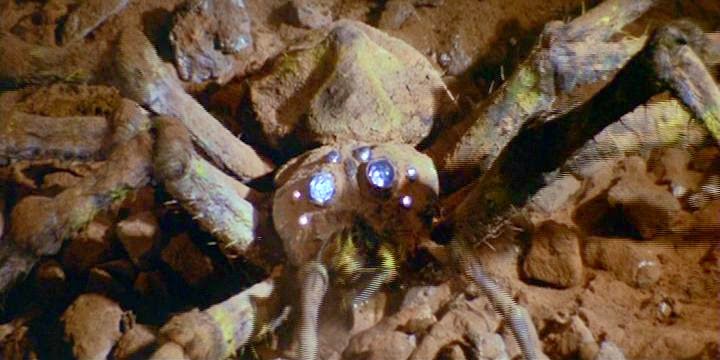 Kumonga first attacked a helpless Minilla in Son of Godzilla then shortly after took down a Kamacuras with ease. Godzilla soon intervened when he saw Kumonga was about to inject Minilla with it's deadly stinger. Godzilla dealt with Kumonga without much trouble. Godzilla was just slowed and annoyed by Kumonga's webbing.

The next time Kumonga saw some action was when he joined the other Kaiju of Monster Island, in the battle against King Ghidorah in Destroy All Monsters. Kumonga and Mothra used their web abilities to slow Ghidorah making it difficult for Ghidorah to fly away. After the events of Destroy All Monsters, Kumonga spent many years in peace on Monster Island, as we briefly saw him in Godzilla vs Gigan, and Godzilla's Revenge. 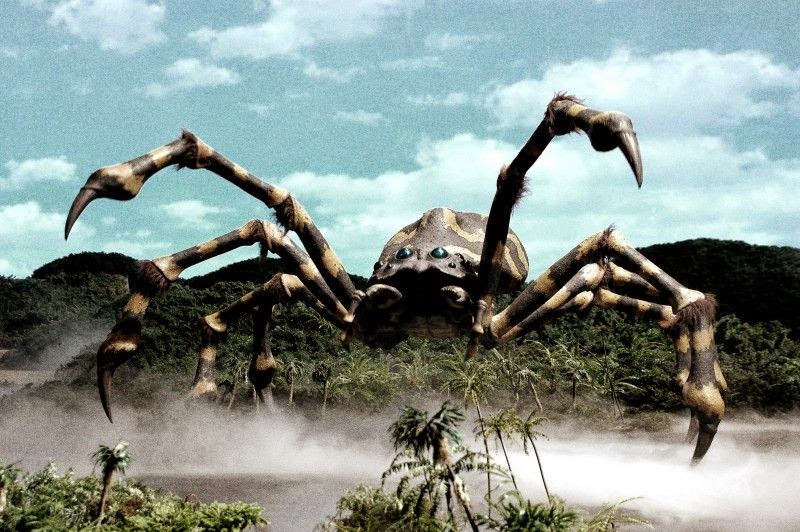 Kumonga went many years with out battle until the Xiliens invaded earth, and took control of the planets monsters. After many years of observing Godzilla fight on Monster Island Kumonga had come up with a few more tricks and was surprisingly able to leap around Godzilla and dodge his attacks while blasting Godzilla with his web. After awhile Godzilla grew irritated with Kumonga's web and eventually caught the web mid blast then proceeded to swing Kumonga around like a flail and into a mountain.
Posted by Whats The Goods? at 6:25 PM