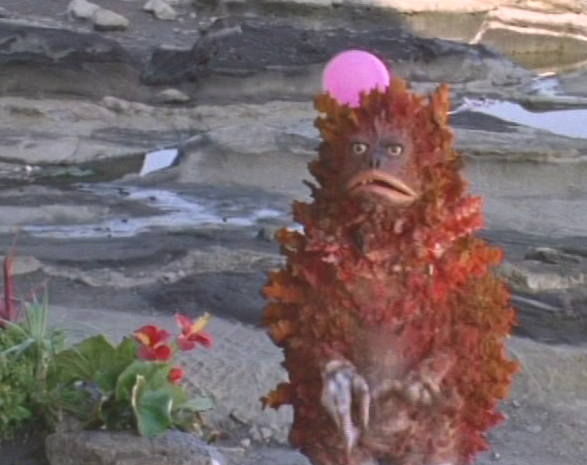 Prior to the discovery of the Pigmon in the Monster Zone. Tokyo had been attacked by multiple giant android kaiju known as "Garamon" created by the Cicada Humans of Planet Q. These Garamon looked identical to Pigmon except they were massive and part mechanical, there is strong theory that the Cicada Humans used a Pigmon or a Pigmon's DNA to create their destructive Garamon.
Posted by Whats The Goods? at 9:29 AM