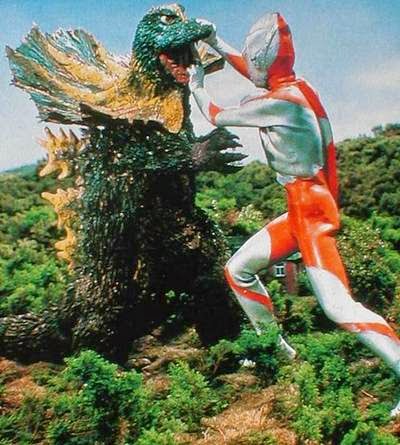 In this episode the science patrol goes to a small fishing village located on a lake. The science patrol is investing a strange growth of fish in the lake. We soon learn that there is a mad scientist that has been keeping a monster in the lake hidden for many years.


After searching the lake, the science patrol finds no strange source to the growth of fish in the lake. The captain decides to give the team some time off to enjoy themselves. Ito decides to go fishing on the lake with a reporter since the fishing is so good there. While at the lake Ito spots the monster Jirass, as Jirass rises from the lake. Ito spots the mad scientist feeding the monster and decides to follow the scientist back to his lair. The scientist captures Ito along with the reporter and holds them hostage. 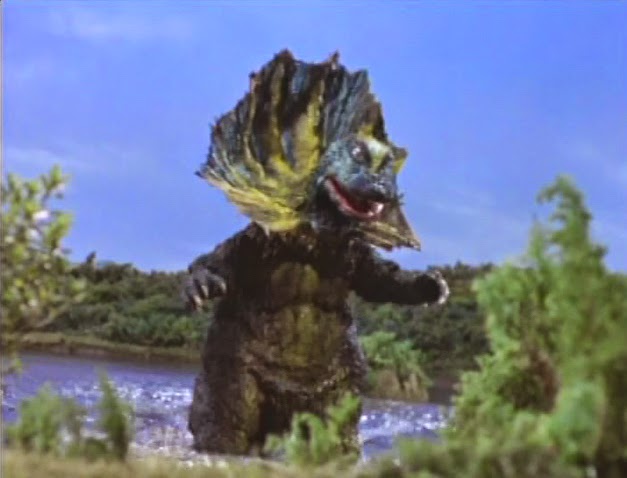 Ultraman starts off the fight by taunting Jirass and showing off his abilities. Ultraman quickly runs in and grabs Jirass's frill and rips it off Jirass's neck. Ultraman then continues to taunt the injured Jirass by waving Jirass's frill around like a matador flag ,and having Jirass charge at him. After dodging Jirass's charge several times Ultraman had enough of fun toying with Jirass and killed the monster with one quick hit to the gut. 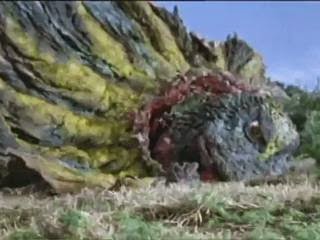 This episode was really cool, in a way we got to see Ultraman vs Godzilla. This fight in my opinion definitely would have went down differently if it really was Godzilla but it was still a cool sight. This episode must of had a big draw when it first aired on TV. If you see a monster that looks like Godzilla wearing a funny disguise you are going to be pretty excited if you are a Godzilla fan watching this episode. In my opinion it is a bit of a shame that most of the fight was Ultraman taunting Jirass but it was still an amazing sight to see these two greats on screen together. The fight could have been so much more epic and one of Ultraman's most difficult but this Godzilla look alike was no match for Ultraman. This so far is one of my favorite episodes I still like episode 8 "Monster Lawless Zone" a little more, but those two are pretty close when it comes to my favorite episode so far.
Posted by Whats The Goods? at 11:56 AM