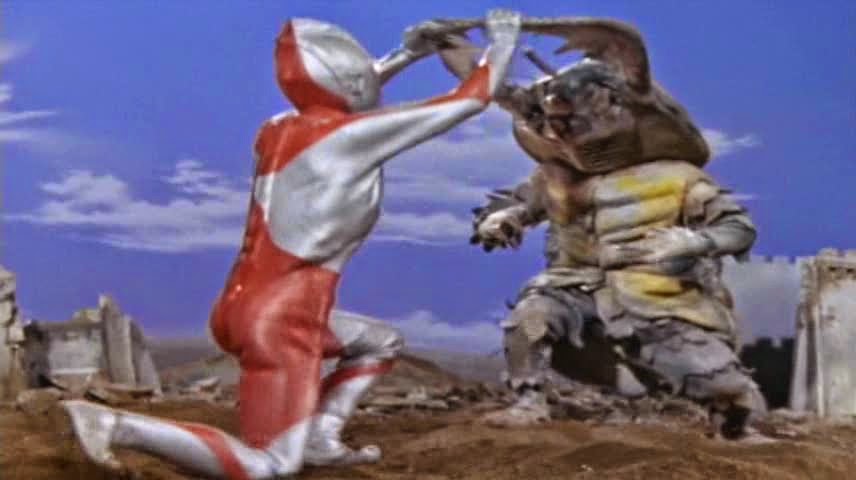 In this episode the science patrol is tasked with investigating a mysterious meteor crash near a desert town called Baraj. On the way to the scene of the crash the science patrol spots a rainbow beam in the sky and realizes that it is some how electromagnetically charged. The blast from the beam forces the science patrol to crash land in the desert. Soon after crashing the science patrol finds the meteor but there is nothing odd about the meteor that would cause it to create such a beam to take down a plane.

The science patrol then head to the ancient town of Baraj to find more answers. When they arrive the town looks abandon until they come across a few villagers that speak an ancient language. The town's princess appears and begins talking to the science patrol in perfect English. The science patrol is surprised that she can speak so well, but they soon learn that she has psychic abilities that allow her to understand their language and to speak perfectly.

Hyata jumps into action and becomes Ultraman. Antlar begins pulling Ultraman in with his electromagnetic beam, but Ultraman uses it to his advantage so that he can get in close. Once Ultraman was in close to Antlar, Ultraman spun around and snapped off one of Antlar's horns. Because of Antlar's thick exoskeleton armor Ultraman's beam was not strong enough to penetrate Antlar with a fatal shot. Ultraman began running out of energy so out desperation the princess went and grabbed the blue stone for the Ultraman statue and had the science team throw it at Antlar. The stone exploded on impact with Antlar and delivered a fatal blow defeating the monster. Baraj was now safe to rebuild and prosper once more.

This was a pretty interesting episode we got to learn that Ultraman may be a very ancient being and has been a protector of earth for a lot longer then the science team has known of. Antlar was a pretty interesting kaiju and actually gave Ultraman a run for his money. I did not think the blue stone was just going to be a grenade that would defeat Antlar, I thought maybe it would give Ultraman new powers to make him last longer in a fight. Ultraman is a pretty tough guy but I think he needs to be able to last longer in a fight with out getting drained of energy. This fight proved that if your armor is strong enough to stand up to Ultraman and if you can hold out long enough Ultraman might just be defeatable.