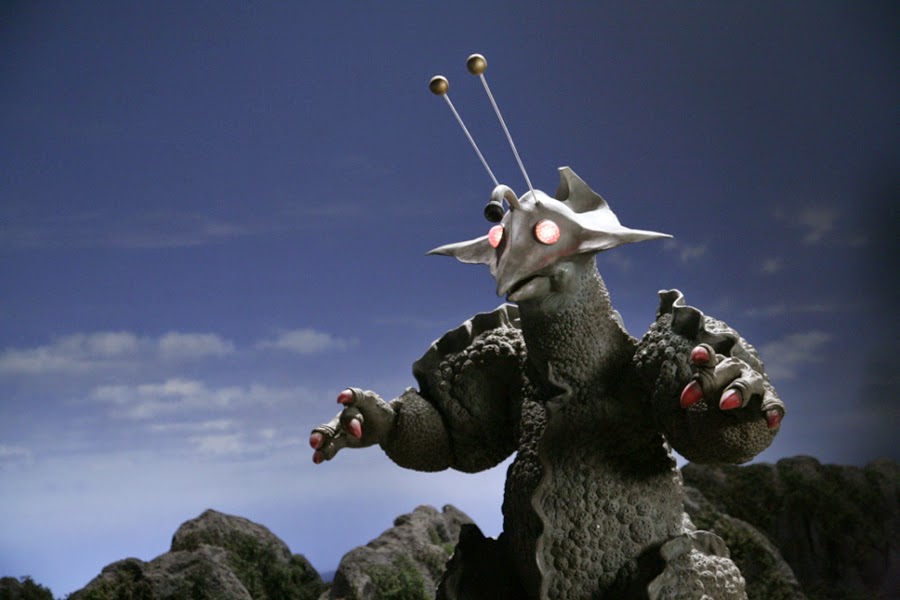 Guilala is a very strange looking monster from space. Guilala's head is very oddly shapped it almost looks like it has an airplane for a head, with two antennas, a strange tube like appendage that I assume may be a nose or ear, and a beak like mouth. Guilala is also build very strangely also it has the body of a two legged dinosaur but the arms are very bulky at the shoulder and he has thick thighs. Guilala's tail also has a strange crab like claw on the end of it.

Guilala has the ability to feed off pretty much any energy source such as heat, electric, and nuclear radiation. Guilala can spit fire balls from its mouth also. Guilala also has the ability to turn into a giant ball of energy and fly at incredibly fast speeds destroying everything around it. Guilala also has very thick skin that makes him practically impenetrable by man made weapons.

Guilala was orginally a spore that was brought back from space but when that spore started collecting energry fromt he science facility it quickly grew into the giant monster Guilala. Guilala was defeated by being coated with a Guilalanium compound that stopped him from absorbing energy. Not being able to consume energy anymore Guilala shrunk back down into a spore. Guilala's spore was launched into space on a never ending journey around the sun.
Posted by Whats The Goods? at 2:10 PM