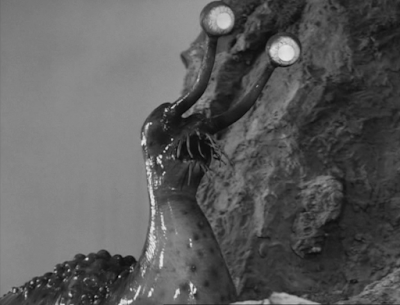 Namegon are giant slugs from space, the first one appeared when a thief dropped a Namegon egg in a hot spring which caused the egg to grow and hatch because of the heat. Namegon's only ability is that it can shoot beams from their eyes that are fatal to humans. Namegon's are extremely vulnerable to saltwater because like slugs Namegon begins to dissolve in saltwater. Being that Namegon has such a simple weakness Namegon is not much of a threat when you know how to handle it, you can simply load a plane or crop duster with saltwater fly over and spray Namegon with it, immediately killing it. A second hatched shortly after the first one was killed, it is presumed that that second Namegon was also killed because salt water was being prepared as it was hatching. 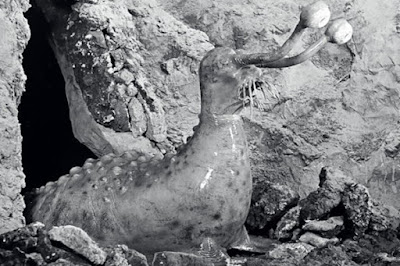