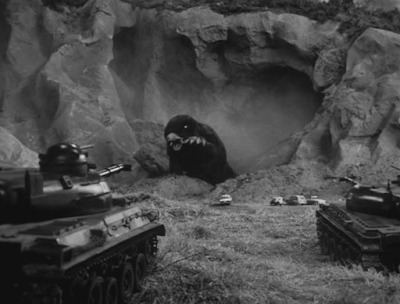 Mongular was a standard mole until one day it ate honey from a rare type of modified be that allows for rapid muscle growth. Because of the large amount of honey Mongular consumed Mongular became massive. Mongular's only ability is to dig deep with in the earth like all moles do but on a much larger scale since Mongular is massive. When Mongular survived a T.N.T blast the military got involved and began bombarding Mongular with missiles and Tank shells. Mongular seemed to take the hits from these modern day weapons fine but the hollow ground from Mongular's digging did not. The ground bellow Mongular began to crumble and Mongular feel into the earth. Mongular was not only swallowed by the earth but because of his tunneling he had hit a volcanic line causing the monster to be swallowed by hot volcanic lava. It is presumed that Mongular was burnt alive and did not survive this fall.
Posted by Whats The Goods? at 6:10 AM